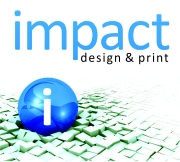 Today (Nov 30th) we said a sad farewell to Mr Bob Cooper. A stalwart of the club for many, many years, and Captain for 13 years, Bob will be missed by not only his family and friends from the bowls club, but by the wider community as well. His dry wit will always be remembered and he signed off at his funeral with Goodby, Goodby by Peter Cooke and Dudly Moore - just perfect!!

The Committee for the 2022 season is:

Another excellent day was held at the club on Saturday, August 28th. Finals Day saw all seven competitions come to a conclusion with some excellent bowls to entertain the spectators. Thankfully the weather stayed fair with spectators trying to keep out of the cold North wind. A massive "Thank You" goes to the volunteers who provided an excellent lunch and tea and ran the raffle and "guess the name of the doll". Winners on the day were - Club Champion: Phil Wells, runner up: Clive Stannard; Men's Champion: Malcolm Sealby, runner up: Colin Risk; Ladies Champion: Eileen Sayers, runner up: Margaret Stannard; 100 Up: Winner: Dave Smith, runner up: Malcolm Sealby; Junior Cup: Winner: Colin Rist, runner up: Jack Payne; Handicap: Winner: Phil Wells, runner up: Malcolm Sealby; Drawn Pairs: Winners: Ian Grant & Stan Woolford; runners up: Dave Smith & Jack Payne. See Pictures on the Gallery Page.

Once again the end of the season has caught us up - where does the time go? But what an excecllent season it has been for the club. In total we played 37 matches (all Friendlies this year), won 23 and lost just 14. Well done Ian for keeping everyone happy and making sure all playing members get an equal amount of games. It never ceases to amaze me how lucky we are to have such a great membership, people who are willing to help with all the jobs; everyone that volunteers to cover the teas; and everyone that just supports the club at social events and internal club competition days - THANK YOU!!

No sooner has the playing season finished and we are on to preparing the green for the winter. Thanks to everyone that helped on Sunday, Monday and Wednesday. The green looks a little like a beach at the moment but I'm sure that by the start of next season Mick and Ian will have produced another excellent playing surface. This winter's big project is to erect a metal barrier at the club house end of the green in order to make the area safer.

If you have any suggestions for improving the site please let me know.

As always the club is still looking for a major sponsor(s). If you know of any individual or company that may be interested please let someone on the Committee know.

Cookies are short reports that are sent and stored on the hard drive of the user's computer through your browser when it connects to a web. Cookies can be used to collect and store user data while connected to provide you the requested services and sometimes tend not to keep. Cookies can be themselves or others.

So when you access our website, in compliance with Article 22 of Law 34/2002 of the Information Society Services, in the analytical cookies treatment, we have requested your consent to their use. All of this is to improve our services. We use Google Analytics to collect anonymous statistical information such as the number of visitors to our site. Cookies added by Google Analytics are governed by the privacy policies of Google Analytics. If you want you can disable cookies from Google Analytics.

However, please note that you can enable or disable cookies by following the instructions of your browser.